Dr. David Pumphrey earned his Doctor of Dental Surgery degree from the School of Dentistry at Emory University in Atlanta. He then went on to complete his specialized training and earn his postgraduate certificate in periodontics at Emory’s Department of Periodontics. He completed his hospital residency at the Veterans Affairs Medical Center. He has been in private practice specializing in the field of Periodontics and Dental Implants since 1987. 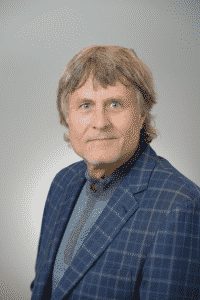 After completing dental school and residency, he never assumed that he now knows enough, and so he continues with his postdoctoral training, attending courses at three times the rate required by the Georgia Dental Board. His courses include advances in periodontal treatment and the placement and restoration of dental implants. He also continues to study surgical cosmetic procedures and the role of occlusion in dental stability. In this way, he is able to utilize current and emerging methods, technology, and therapies.

He has been particularly interested in coursework from the Kois Center for Dental Education in Seattle. This center focuses on keeping dentists abreast of cutting-edge methods in aesthetic dentistry, dental implants, and restorative dentistry. This has helped him expand the services he offers to patients who are particularly concerned with their appearance. He has become a recognized Kois Specialist.

Dr. Pumphrey is also a professor at the Graduate School of Periodontics in the Dental College of Georgia at Augusta University. He has also served as President of the Northern District Dental Society in Georgia and has served in various capacities with the Georgia Dental Association. He is a member of American Academy of Periodontology, Academy of Osseointegration, International College of Dentists. He has also lectured in the fields of implantology and regeneration techniques as well as being published locally and nationally. He was also honored to be elected to membership in the Pierre Fauchard Academy, an honor granted on the basis of his contributions to the profession.

Married since 1987, Dr. Pumphrey has three children: Brock, Taylor, and Madison. He spends his free time playing with grandkids Little Brock, Pierce, and Dolly, along with golfing, traveling, and gardening.