I had a dental crown break after just a few years. I am in a new area with a new dentist. I was in a hurry to get this fixed so my dentist suggested we use his new CEREC crown machine. I loved the idea of getting my crown done in one appointment so I agreed. It feels awful. It’s too bulky and my gums have become inflamed. I asked him about it and he said that because there wasn’t a tooth there he had to pull something off the database. He feels sure I’ll adjust to it, but I’m not so sure. Is this normal with a CEREC crown? Do they fit differently? 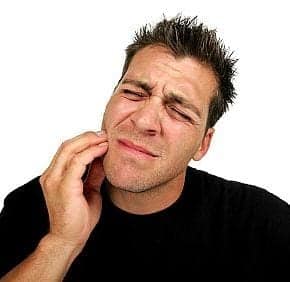 You need to have this dentist re-do your dental crown. A well-fitted dental crown will not be noticeable. A CEREC crown is no different. In fact, because they’re milled by computer, they should fit even more accurately. The problem you are facing is the skill of the dentist, not the type of crown.

Under normal circumstances, the CEREC machine will design the crown to mimic your tooth. That was gone because your previous crown is broken. However, it is still possible by imputing some basic data it is still possible to build up the tooth properly. My guess is, because this is a new technology for your dentist, he didn’t know how to properly utilize the feature. Now you are suffering as a result.

You are not going to “get used to it”. Not only that, but the inflamed gums mean the shape of the crown is either irritating your gums or trapping bacteria, which means you will develop gum disease. That is something which will be detrimental not only to your gums, but left untreated could also cost you your teeth.

I don’t think your dentist yet has enough experience to replace this with the CEREC yet. Your best bet is to have him do a traditional crown at this point which should be more in his wheel-house.