My periodontist also does cosmetic work. We’d been working on getting my gums healthy and once that happened, I wanted to place two teeth with crowns to make them look better. I did teeth whitening and then had the crowns made. I later discovered they are 40% palladium. They look good, but I’m a bit concerned about the toxicity of those. Should I switch them out for zirconia crowns? 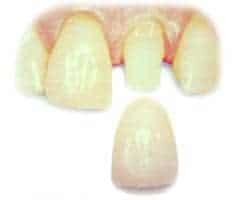 I am glad that you love the appearance of your crowns. I also love the fact that you were able to get your gum disease under control. Many patients find they feel better in general when their gums are healthy. Few people realize the impact oral health has on their general health. Way to go!

I try to stay on top of metal sensitivity and toxicity issues because there are patients who deal with some pretty severe allergies. When you mentioned palladium toxicity it threw me because I’d never heard of it. After doing some research I see two things that could have led to this idea.

First, is the Iron Man series. Tony Stark, a weapons manufacturer, has an arc reactor with a palladium core that is slowly poisoning his blood. However, despite the fictional tale, palladium is a noble metal and quite biocompatible as a member of the platinum family. There are compounds, such as palladium chloride, which has some toxicity, but you aren’t dealing with the compound. Your crown will only have the pure metal.

The second thing I found is a natural health website with a load of misinformation. As for the palladium, they called it a heavy metal with high toxicity — False! It is a precious metal, without toxicity. So, why the bad information? On that same website I found that for a mere $325.00 they will do a hair mineral analysis for you and tell you if you are dealing with toxicity. How nice of them.
The phrase “follow the money” is well known for a reason.

Even though palladium is biocompatible, can you have an allergy to it? It would be rare, but not impossible. However, you would have allergy symptoms. I would not recommend switching out a crown you are not allergic to and risk getting a different crown that you could be allergic to.